Nose Cancer, known medically as Nasopharyngeal Carcinoma (“NPC”) is one of the most common cancers in Singapore, China, Taiwan and Hong Kong and in Chinese communities in Indonesia, Malaysia and around the world. Studies indicate that the Chinese race is genetically predisposed to this kind of cancer. It is particularly common amongst the Southern Chinese (such as the Cantonese, Teochews and Hokkiens). It is relatively rare in Caucasians, Indians and Japanese. NPC occurs more commonly in men than in women. Tragically, it often occurs when the patient is in the prime of life, between 30 and 50 years of age.

Studies have shown that the Epstein Barr Virus (“EBV”) is a likely cause of NPC, although the presence of EBV does not mean that a person must have or definitely will have NPC. Other implicated factors are polycyclic hydrocarbons (compounds produced in the combustion of fossil fuels), nitrosamines (a chemical seen in salted fish) and poor hygiene. There is a strong heredity factor. People with a family history of NPC should be particularly aware of the signs of NPC.

NPC often originates in the back part of the nose and above the soft palate. Because it is not readily visible, its existence is usually not noticed until it is very large or when it causes other symptoms. This explains why it is often diagnosed late. It is therefore important that people who are predisposed to this cancer are aware of the early symptoms.

As with most cancers, early detection is very important, because early-stage NPC, if treated promptly and properly, enjoys a very high cure rate. If detected early, the NPC may require only radiotherapy. Later stages may require both radiotherapy and chemotherapy. If the NPC fails to respond to radiotherapy or chemotherapy, surgery may be required.

Signs and symptoms of NPC: 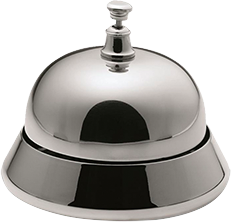